NEW ADDITION We now have the Iconic Sony C-800G Microphone for rent. Brand new, pearl white Auspurger Duo 15s with Dual 18 Subwoofers! The Best Recording Studio in Miami is open 24 hours a day 7 days a week, CALL US TO BOOK YOUR NEXT SESSION!!!
Skip to content

Eight Albums You Need to Hear Before The Year Ends 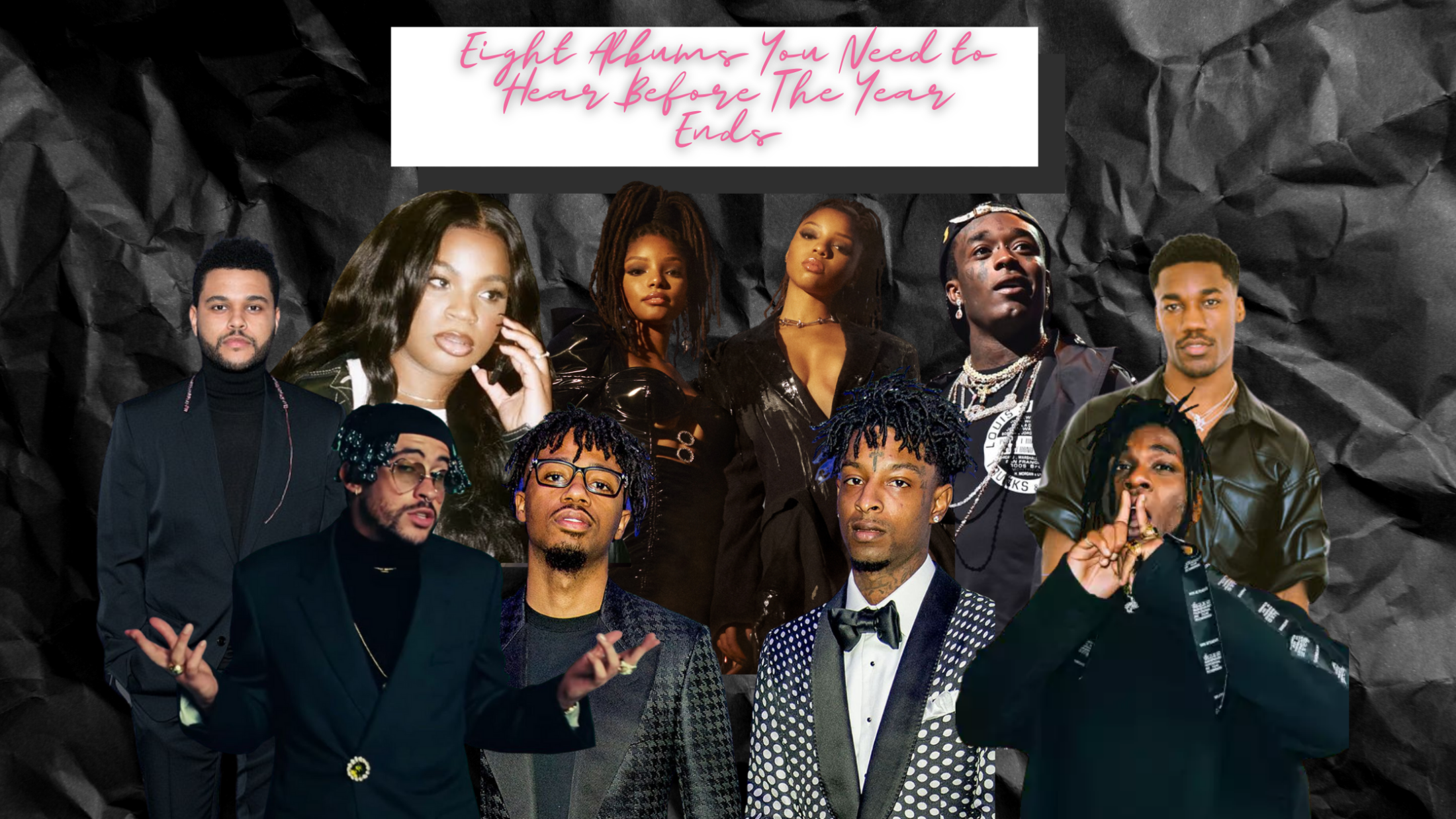 As we near the end of the fourth quarter, and attempt to grasp any semblance of normalcy, some things remain a constant. Art, music, and time trek on, and big named artists are still releasing major bangers. In no particular order, we’re here with a list of eight albums you need to hear before the year ends. Goodbye, 2020!

As child stars and proteges of the legendary Beyonce, Chloe and Halle have been under the microscope since signing to Parkwood Entertainment. The duo have been nothing if not consistent with their content, and they NEVER skimp out on the vocal flare! Ungodly Hour stood carries themes of maturation, romance, and good ole fun!

The second rendition of 21 Savage and Metro Boomin’s Savage Mode, debuted with much fanfare! The project is an ode to 21’s savagery and many a gem can be found when you take time to listen. The mix and master on this album is nothing short of perfection, and if that isn’t enough to pique your interest, it’s narrated by THE Morgan Freeman.

“Yo Hago Lo Que Me Da La Gana,” translates to “I do what I want”. Puerto Rican sensation Bad Bunny does just that! With music that consistently tops charts, Bad Bunny is a force to be reckoned with. His 20 track project YHLQMDLG boasts features that include Jowell, Daddy Yankee, Randy, Sech, and a list of your other reggaeton faves. YHLQMDLG made history on the Billboard charts, debuting at number 1 on Top Latin Albums, and get this, It is just one of many platinum projects released by Benito!

Toronto has been nothing if not consistent in delivering a slew of R&B talent. Savannah Ré’s debut EP Opia makes the list with its unfiltered, heart-on-sleeve lyrics, and lulling melodies. Executively produced by Boi-1da, Opia serves as another notch on the belt for Toronto artists.

After a three year hiatus, quelled by sporadic leaks, rap phenom Lil Uzi Vert dropped Eternal Atake. When divided into thirds, the eighteen track album represents 3 sides of the pop sensations alter-egos. Having debuted on the top 200 of Billboard, it is his second album to top charts.

The Weeknd: After Hours

After Hours is The Weeknd’s fourth studio album and a treat for his ever-growing fanbase. Having released some unavoidable visuals to accompany the drop, The Weeknd held no punches with the promotion of this project. The decadence of his falsettos, raw lyrics and unabashed proclamations keep his listeners yearning for more.

Nominated for Best World Music Album at the Grammys’, Twice As Tall,” is a vibrant ode to Afrobeat and the Diaspora. The universal groove and light of this project is sure to have you swaying in time to the Nigerian born artist’s lyrics.

When you hear the name Giveon, the first word that should come to mind is range! The genre-bending vocalists offers soul, funk, and R&B on Take Time. Belting notes we didn’t think to be possible from a man of such stature. Take Time tells a story of love lost, found, and lost again. The silky flow of Giveon’s cadence is sure to impress.

To see more end of the year wrap-ups and content, be sure to visit our blog on BayEight.com!